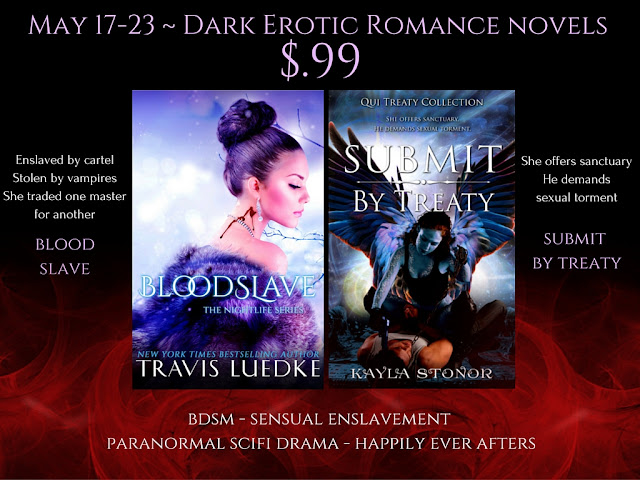 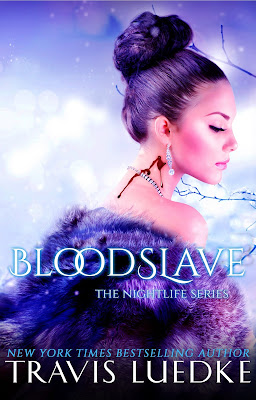 From the Ghettos of Spanish Harlem to a Manhattan penthouse, follow Hope’s dark, sensual saga. Owned by Colombian Cartel and then kidnapped into service by vampire Enrique, Hope escapes one form of enslavement for another.
$.99 (normally $3.99)
Amazon  http://amzn.to/1TkR0lJ
Itunes  https://itunes.apple.com/us/book/blood-slave/id591635325?mt=11
Nook  http://www.barnesandnoble.com/w/blood-slave-travis-luedke/1116089956?ean=2940148757993
Smashwords  https://www.smashwords.com/books/view/268192

SUBMIT BY TREATY  by Kayla Stonor 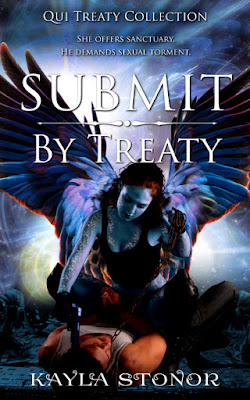 She offers sanctuary. He demands sexual torment.
Qui Commander Meseri is charged with reuniting Lieutenant Zeus Windsor with his team. She captures a man on the brink of insanity, a lethal soldier who kills any K’lahn in reach. Bound in submission to her sensual torment, Zeus finds reason to live – Meseri, a shapeshifting winged lizard who was once the enemy and now holds the key to his future.
$.99 (normally $2.99)
Amazon  http://amzn.to/1rRyJSG
Smashwords  https://www.smashwords.com/books/view/636972 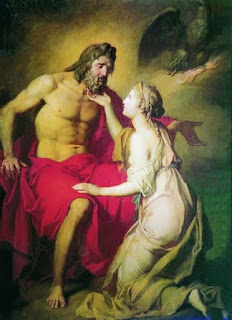 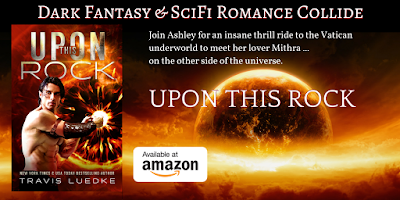